Swan Beach on the Outer Banks

Swan Beach is on Bodie Island, the northernmost barrier island on the Outer Banks of North Carolina. Bodie Island, pronounced with a short "o" as in "boddy", is actually a peninsula since the old inlet from the sea to the Currituck Sound near Nags Head closed many years ago. Bodie Island runs from Oregon Inlet in the south up to Corolla and then to Sandbridge just south of Virginia Beach in a continous barrier island. There are two lighthouses, one named for Bodie Island about four miles north of Oregon Inlet, and the other named Currituck Lighthouse near the old town and small post office of Corolla. Corolla, like Bodie Island, is also pronounced by natives with a short "o" as in "kuh-ROLLA". The beaches north of Corolla Lighthouse are accessible only by four wheel drive including Swan Beach and Carova. Carova is bounded on the north by the Virginia state line and False Cape State Park. Beyond False Cape is Back Bay National Wildlife Refuge and Sandbridge Beach. Another fascinating feature of the northern 4WD beaches is the presence of a small herd of wild horses. These horses are the remnants of Spanish Mustangs brought to the coast by Spanish sailors and settlers who arrived here in the first part of the 16th century, 500 years ago! There are about 120 of these horses in the herd and they are protected under North Carolina Law. More details on the history of the horses can be found at the Corolla Wild Horse Fund. These photos were taken over the years in the Bodie Island areas from Kitty Hawk north into False Cape State Park.
Read More
Powered by SmugMug Owner Log In 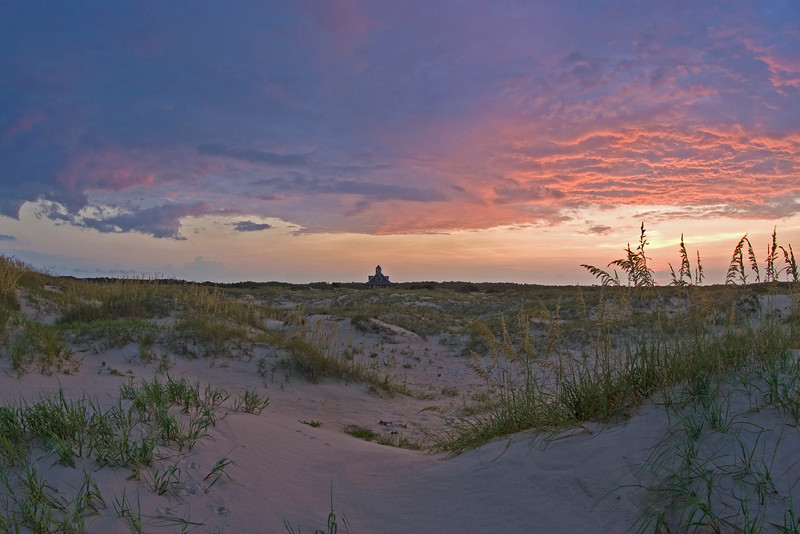